A section of moviegoers is eagerly waiting for the release of Bade Miyan Chote Miyan. The upcoming Ali Abbas Zafar directorial will bring two action heroes, Akshay Kumar and Tiger Shroff onto the screen. After much anticipation around its casting, the makers have finally started rolling the film. Filmmaker Ali Abbas Zafar himself shared the news with fans. 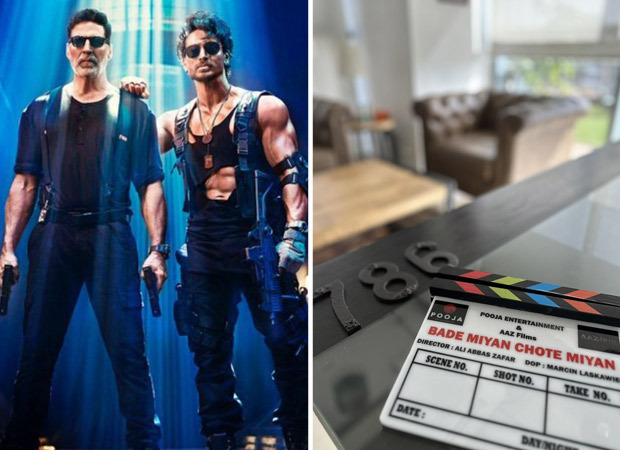 On Monday afternoon, Ali took to his Twitter handle and shared a photo of a clapboard reading the title of the next Akshay Kumar and Tiger Shroff starrer. Interestingly, the photo also featured a figure “786”, which is considered auspicious in Islam. Captioning his tweet, Zafar added a red-heart emoticon along with a camera emoji.

The announcement left fans excited about the film as the comments section was flooded with “all the best” messages. “Can't wait to see our Khiladi doing never seen before action sequences,” wrote a Twitter user, while another added, “Original Action Jodi Will Bang The Box Office Records.”

The upcoming film will also feature South sensation Prithiviraj Sukumaran as the antagonist. However, the makers have not unveiled the leading ladies of the upcoming project. Jointly produced by Vashu Bhagnani, Jackky Bhagnani and Deepshikha Deshmukh, Bade Miyan Chote Miyan is expected to release by the end of the year 2023.

Nora Fatehi and Rajkummar Rao to pair up for...