Bigg Boss 16: After Sajid Khan, Archana Gautam has an argument with Soundarya Sharma

Bigg Boss 16 mostly features fights in the house end in both parties reminding each other of the favours they did. This is what transpired between Archana Gautam and Soundarya Sharma when the former denied Sharma an item from her grocery haul during the ration task. Soundarya, who is vegan reminded her that she brings regular milk for Archana instead of opting for vegan alternatives for herself and taunts her for not being supportive. Archana, who has been arguing a lot lately within the house, quickly revaled that she didn’t like a joke Soundarya made on her. 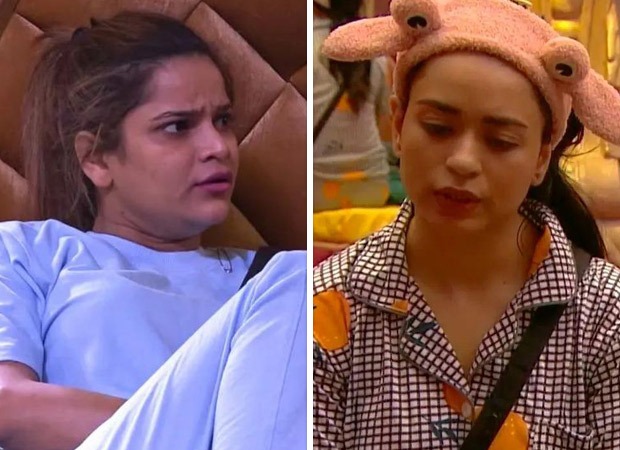 The heated argument resulted in the two squabbling with each other. Both, Archana Gautam and Soundarya Sharma admitted that they have learnt their lessons and soon their quarrel concluded with both of them eventually deciding to stay away from each other. It is yet to be known if this was a heat of the moment decision or both meant what they said. Not too long ago, Archana Gautam also had a major argument with another contestant Sajid Khan, where they only fought with each other but also hurled abuses and dragged their parents’ name in between. While the two of them have not yet faced any repercussions for their behavior, we wonder what Weekend Ka Vaar will have in store for them.

However, this is not the only fight that viewers will get to witness in the forthcoming episode. Priyanka Chahar Choudhary and Ankit Gupta, who are known to have feelings for each other, yet again argued after Priyanka complained to Ankit about him making her feel obliged for bringing her a cup of coffee for the first time in front of Archana and Soundarya. Ankit’s comic reply to the contention further aggravated the situation with reminding him that she has always stood by him, by taking him away from the gang. But Ankit pushed the button further by adding that he never requested her to fight for him. This resulted in a major tiff between the two.

With Shiv Thakare as the latest captain, the ration task is also expected ample amount of drama and gossip as contestants go shopping in a makeshift truck and a market that is set up in the living area. Bigg Boss 16 airs on Mondays to Fridays at 10 pm and on Saturdays and Sundays at 9.30 pm on Colors and Voot.