With the finale nearing, the game of Bigg Boss 16 has become highly competitive with every contestant trying to outsmart the other. With relationships breaking, betrayals on every corner, and rivalry fuelling up further, the latest promo adds more to the drama as audiences will get to witness another round of a catfight between Soundarya Sharma and Nimrit Kaur Ahluwalia on one hand and Priyanka Chahar Choudhary on the other. 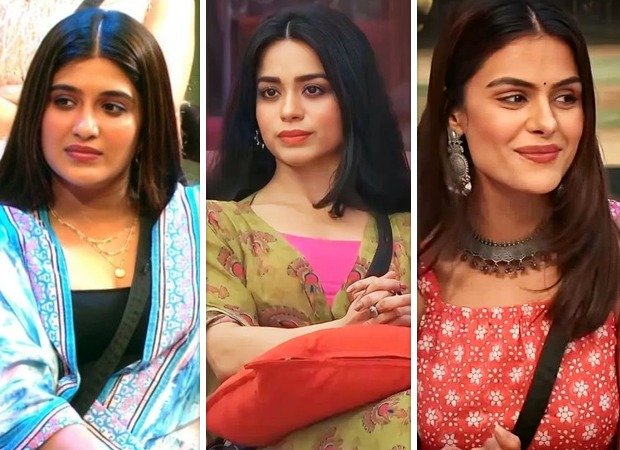 In one of the promos that were released earlier today on Colors, we can see Priyanka Chahar Choudhary sulking as Soundarya Sharma is performing a ‘fake’ aarti. The latter is seen addressing her as ‘Priyanka Devi ki jai ho’. In another scene, Nimrit Kaur Ahluwalia and Soundarya Sharma are seen discussing about it as they both call Chaudhary ‘Overconfidence Ki Devi’ in chorus. She continues, “Rishton ko aise laat marne wali. Unchi awaaz mein dahaad-dahaad ke bolna tum sab ko behosh kardungi (Someone who disrespects relationships. Somebody who screams loudly on top of her voice that she will make all of us faint).”

This is not the first time where the dislike of the contestants is visible. While ardent followers of the show will be aware that Nimrit and Priyanka never gelled with each other, Soundarya too has been a part of the same league. In fact, in one of the videos from the shows that had found its way online, Nimrit and Soundarya were seen discussing about how they are qualified lawyer and dentist but Priyanka did not even complete proper schooling and instead, decided to act.

Bigg Boss 16, which is inching towards its finale, airs on Colors from Monday to Friday whereas the weekend episodes features host Salman Khan interacting with the housemates and understanding the situations of the house.

Nora Fatehi opens up about Sukesh...