Brad Pitt has played a pivotal role in the success of a number of box office successes in Hollywood, including Fight Cub, Moneyball, Mr. & Mrs. Smith, World War Z, and Legends of the Fall. He has won the top awards in the industry for more than 20 years and personifies the idiom "ageing gracefully" by always achieving new heights of achievement and good looks. Brad Pitt is starting a new phase in his career in the too-crowded skincare sector. 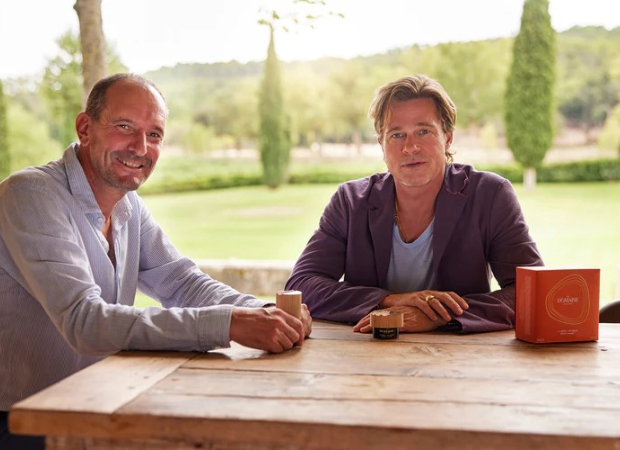 Two of the greatest luxuries—wine and skincare—have recently been blended by Brad Pitt. Pitt's business has two ploys: first, his participation; and second, its use of grapes, especially the grapes cultivated at Chateau Miraval, the very vineyard that Pitt purchased with Jolie in 2012. Le Domaine, a skincare line created by Brad Pitt, makes use of the antioxidant-rich grape as a key ingredient. Two proprietary compounds, GSM10 and ProGr3, derived from grape seeds and grape tendrils, respectively, are present in the company's inaugural line of creams and serums. Resveratrol, an antioxidant found in grapes, helps lessen hyperpigmentation and apparent indications of age. Its benefits are widely recognized in the skincare industry.

According to the brand’s website, Le Domaine also “wants to help slow the process of skin aging and give everyone, regardless of gender or skin type, the opportunity to age well.”

The Serum, The Cream, The Fluid Cream, and The Cleansing Emulsion are the four products now available from the Le Domaine skincare range. The Serum, which costs $385, is the priciest item to date (Rs. 31,018). While Le Domaine is yet to release The Fluid Cream in January, it is unknown if Pitt will ever broaden his selection.

Shakira breaks her silence on her separation...