Home /
BOLLYWOOD NEWS /
EXCLUSIVE: Ranveer Singh reveals what his brand tagline will be; says, “I am like water. Whatever you want me to be, I can be”

EXCLUSIVE: Ranveer Singh reveals what his brand tagline will be; says, “I am like water. Whatever you want me to be, I can be”

Not too long ago, in an exclusive interview with Bollywood Hungama, it was revealed that Ranveer Singh has bagged maximum brand endorsements in his kitty. The actor endorses as many as 41 brands and he himself confessed that he would like to do as many as he can fit in his schedule. From banks to condoms, the actor has endorsed almost every kind of product and recently during the IAA awards, walked away with the award for Brand Endorser of the Year. 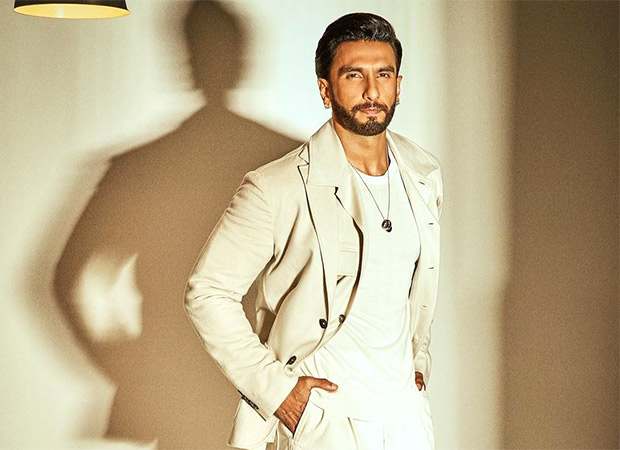 During the IAA event, in an exclusive conversation with Bollywood Hungama, Ranveer Singh recalled an interview he had given where he was asked about, what would be his own tagline if he was a brand.  To the same he had responded, “Whatever your type is. Whatever you want me to be, I can be. Main paani ki tarah hoon, jis bhi container ya vessel mein daal do I will take the shape of the container.” (Transl: I am like water, I will take the shape of whatever container or vessel you add me in.) In the same interview, it was revealed that Ranveer Singh even beat the brand endorsements of Shah Rukh Khan who is expected to have about 22 brands.

Looks like his statement holds true for his characters in films too! Amidst actors who often shy away from experiment, Ranveer Singh is known for his diversified roles in films ranging from a romantic hero to a con artist to a cruel emperor to a fierce warrior. Speaking about his work in films, the Bajirao Mastani star will next be seen in Cirkus alongside Pooja Hegde and it will also mark his reunion with Simmba director Rohit Shetty. Besides that, the actor also has Rocky Aur Rani Ki Prem Kahani with Alia Bhatt in the pipeline.

Also Read: Ranveer Singh on hosting 67th Filmfare Awards 2022: ‘It’s an honour to be a part of the celebration of excellence in Hindi cinema in this grand manner’