Amidst the hustle and bustle of interesting tasks, Colors’ Bigg Boss 16 brings a huge twist today as the show welcomes television actor Fahmaan Khan into the house. Out of all the contestants, the pleasantly shocked Sumbul Touqeer is very excited to see her Imlie co-star and even started tearing up upon seeing him because she shares a great bond with him. The other two contestants who are happy with Fahmaan's entry are Shalin Bhanot and Tina Datta as they appear relieved to be rid of Sumbul, who was third wheeling in their chemistry. 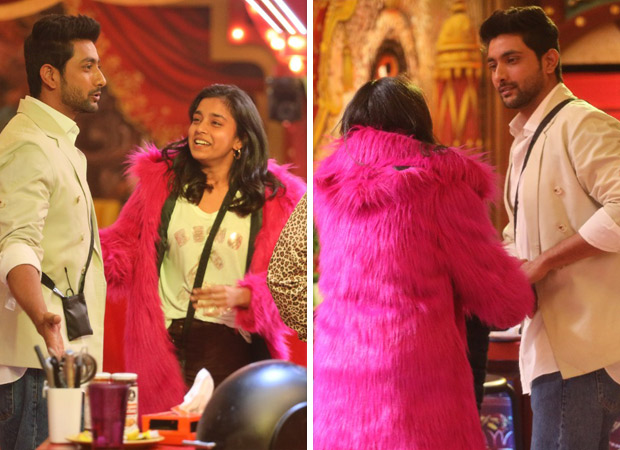 After eight weeks of game-changing twists, the master of the house drops a shocker by showing Sumbul Touqeer's conversation with her father Touqeer Khan in the confession room to all the housemates in the living area. Most of the housemates were appalled at the disclosure. Enraged at the father's disdain for him and Tina, Shalin also vented out as he asked Sumbul why she is talking to them and even kicked the coffee table. Tina is equally infuriated because of the wrong allegations that were levelled against her by Sumbul’s father. When she couldn't control her anger, she punched the wall and states that it was ridiculous for Sumbul's father to assassinate her character to save his daughter's reputation. Is this the end of the trio of Sumbul, Tina, and Shalin?

Amid the tension and raging tempers, the master of the house announces a 'Raja Rani' task. It entailed the contestants going fishing for which the garden area has been converted into a fishery. To earn the title of Raja or Rani, the contestants who are divided into 'aam janta' 'shaahi log' must catch fish as quickly as possible in a basket, add salt and ice to it and sell it to sanchalak MC Stan. The group that succeeds in storing the designated number of baskets will be selected as contenders for captaincy.

Bigg Boss 16 airs from Mondays to Fridays at 10 pm and on Saturdays as well as Sundays at 9.30 pm only on Colors and Voot.