Greyson Chance says he was abandoned by former mentor Ellen DeGeneres; “Never met someone more manipulative, self-centered and opportunistic than her”

Singer Greyson Chance, the young musician who went viral in April 2010 after a video of his middle school performance of Lady Gaga's ‘Paparazzi’ and was invited to appear on The Ellen DeGeneres Show, spoke about being "completely abandoned" by the talk show host. DeGeneres introduced the singer to industry executives, and signed him to her record label, all within the same year he became an internet sensation. The musician now shared that the glitz and glamor of superstardom quickly faded away. 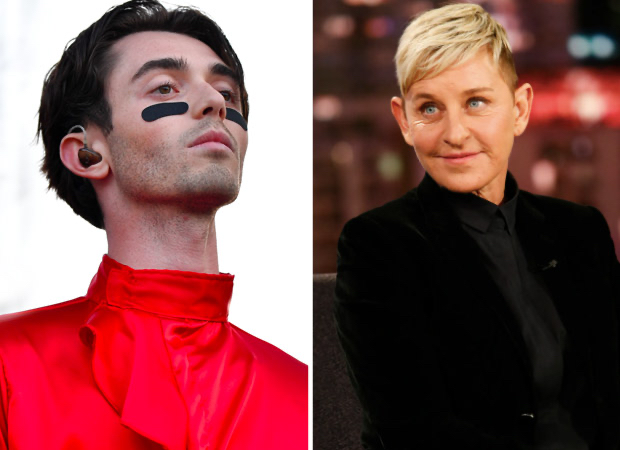 As per his interview with Rolling Stone, Ellen DeGeneres took hold of his career. "My whole week, my whole month, my whole year could change [with] one text message from her," he said in a recent interview published on Thursday. "That was horrible."

"I've never met someone more manipulative, more self-centered, and more blatantly opportunistic than her," he told the outlet. “I remember her pulling my mom aside and saying, ‘You’re never going to have to work again a day in your life,’” Chance said adding that DeGeneres had told his mother, “I’m going to protect you. I’m going to be here for you. We’re going to do this together.” After joining DeGeneres' label, Chance said she became "domineering and way too controlling," making even the minute decisions for him.

"She would come in and look at a rack, yell at stylists, berate people in front of me and say, 'This is what you're wearing on the show,'" he said. "She was just degrading to people." According to the report, Chance also alleged that DeGeneres "completely abandoned" him and wouldn't return his calls. "I couldn't get ahold of her. Couldn't talk to her," Chance said. "Whenever I would come on the show, it was such a fake smile. She wouldn't even ask, 'How are you doing? How are you holding up?' It was just like, 'Here's what we're going to talk about. We'll see you on there.'"

While he went on to release his own music independently and made multiple appearances on The Ellen DeGeneres Show until 2019, Chance said that his interactions with the titular host became a lot less friendly. As the now 25-year-old reflected on the first part of his career, he noted that he owes “a lot of thanks to her and to that team. But the reason why I’m here today talking about an album, I owe f—ing nothing to her.”

Brahmastra sequel to be darker, confirms...