Not too long ago, fans of Kartik Aaryan were in for treat as the producers T-Series unveiled the trailer of his upcoming film Shehzada. The film features Kartik in the role of a quintessential Bollywood action hero along with Kriti Sanon as his leading lady and many of his fans cheered and showered their love on it on social media. Now, the trailer has managed to break records of sorts by becoming the most trending video on the streaming platform YouTube and audiences can’t seem to get enough of seeing the action-packed avatar of Aaryan. 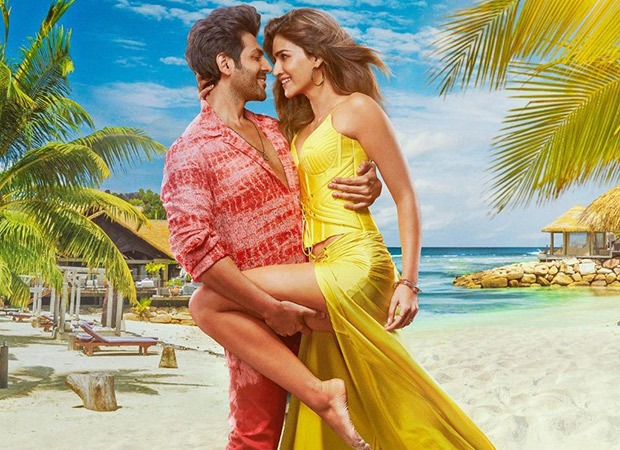 After the trailer released, the massive response it received prompted actor Kartik Aaryan to take to social media where he expressed his gratitude towards his fans. The trailer continues to create a buzz by becoming one of the most watched and most liked videos on YouTube. Meanwhile, Kartik is currently on a promotional spree for the film along with his co-star Kriti Sanon as they have been state-hoping across the country for the same.

Audiences may recall that Bhushan Kumar had asserted that Shehzada will be able to cross the record created by Bhool Bhulaiyaa 2, during the trailer launch of the film. He had said, “Definitely Shehzada will break records. This is a bigger family entertainer than Bhool Bhulaiyaa 2. Thanks to Drishyam 2’s success, we have realized that people are loving family entertainers more. And Shehzada has all elements that work with this target audience – family, action, music, comedy etc. Hence, I feel that we will be able to break the record of Bhool Bhulaiyaa 2.”

For the unversed, Shehzada is expected to feature Kartik Aaryan and Kriti Sanon in a role, originally essayed by Allu Arjun and Pooja Hegde respectively in the film Ala Vaikunthapurramuloo. The Telugu version featured Jayaram, Tabu, Sachin Khedekar, Murali Sharma, among others whereas the Hindi film will see Ronit Roy, Manisha Koirala, Sachin Khedekar, and Paresh Rawal playing similar roles. The Bollywood venture is directed by Rohit Dhawan and it is slated to release on February 10.